“Spain is Different” is an English-language phrase that our Iberian cousins commonly use among themselves whenever they idly summarise their country’s foibles and idiosyncrasies over an late afternoon drink. Take half an hour to sit and chat to your Spanish host about their customs and traditions over a crisp caña or smooth sherry and you will inevitably be told those exact three words eventually.

As ever at FBTG, we like to look at world cultures through the lens of Football fandom. Is Spain Different when it comes to the way in which their fans behave at games? Oh yes, and we have decided to comprise a small list of the little things you will pick up on at a game in Galicia, an away-day in Andalusia, a cup-tie in Catalonia or a late winner in La Rioja. Enjoy.

This is of course a tradition that is prevalent in the majority of the great national Football cultures of the world. However, it is the scale at which Spaniards gather at bars close to the ground prior to kick-off that makes their pre-game drinking habits noteworthy.

Spaniards do statistically spend a greater proportion of their disposable income on drinking and eating out compared to their counterparts in other European countries (given a couple exceptions, depending on the stats you consult). This is surely thanks to a climate that is conducive to being comfortable outside in the evening. Whatever the reason, particularly nighttime fixtures will see Spanish fans gather in droves for a quick drink, a cig and a nibble or two before taking their seats as kick-off approaches. 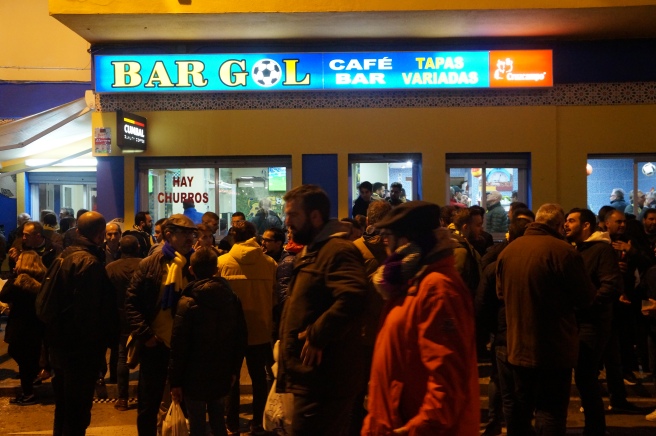 Before you enter the stadium, make sure you stock up on the country’s most popular salted snack to gobble down on during the match. Sunflower seeds are something to be enjoyed at any time of the day on the Iberian peninsula, yet they seem to be the go-to snack for Football games in Spain.

This is of course a custom that is not unique to just Spain. Across most notably the Balkan countries, Turkey and Poland, fans will munch the salted seeds while watching the sports fixture they have paid to attend. It is however something that visitors from the UK, Germany or the Netherlands comment upon during their first La Liga experience. The site of concrete stands covered in discarded shells makes for an amusing sight…. if you’re not used to it.

Football fans around the world of course like to buy club merchandise. The feeling of belonging to the tribe is intensified as you don its primary colours or iconic stripes, and further contributing to your club’s finances by making a simple purchase certainly helps one feel invested in the cause. Yet often outside of the stadia on game day, vendors of scarves and shirts will be selling knock-off counterfeits purely because they do not have the legal right to sell official club merchandise.

Not in Spain. Football club’s actually make it very easy for third party vendors and retailers to stock their fan merchandise to ultimately sell it on to the public. Because of this as you browse the stalls that align the main avenue outside your chosen host ground, in all directions you can expect to see high quality merch with official club tags available for purchase. This has the positive knock-on effect of contributing to the community by providing work, as members of the community are the ones selling merchandise on the side of the road; a far cry from the reluctance of British Football clubs to allow anybody except their own club shop to sell their scarves.

A bit of an obscure one, but bare with us. In recent years, Spain seems to have eclipsed Sweden as the EU nation that most emphatically embraces the feminist cause and pushes to promote equality between the two sexes. Until recently, Spain was the only one of the 27 EU member states that had a parliamentary cabinet filled with mostly women, and the world record for the largest attendance at a professional women’s Football match was broken this year as 60,739 spectators watched Barcelona Women beat Atletico Madrid at the Wanda Metropolitano in March.

Given the way in which modern Spain seems to be fully (or largely) committed to challenging traditional gender stereotypes and perceived male hegemony in domains such as politics and sports, the abundance of pink coloured club merchandise such as scarves up and down the country that are clearly aimed at the female market can be interpreted as somewhat at odds with the contemporary progressive culture of Spain that is trying to challenge stereotypes. 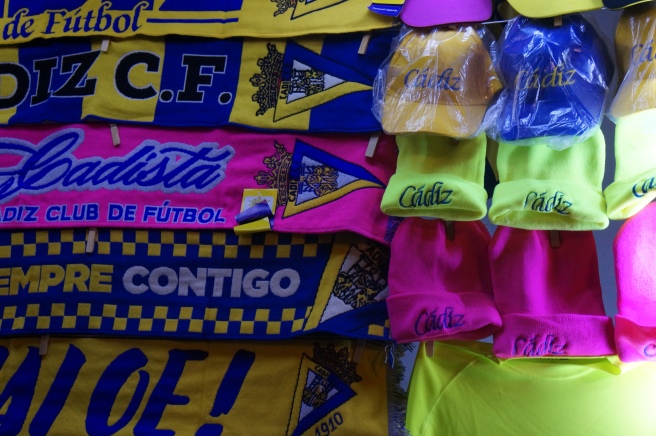 As the game progresses, you’ll be aware of the fact that fan chants in Spain are sung to tunes that are commonly heard inside the stadia in your own country. What is notable however is Spaniards’ ability to audibly contribute to the atmosphere in other ways.

In the south of the country where locals passionately identify with the proud Flamenco culture, fans will clap the basic one-two-three rhythm that any aficionado of Flamenco music will easily recognise with. This may appear a little bit hick or bumpkin to a fan of clubs such as Osasuna, Celta Vigo or Deportivo Alaves, but we at FBTG love the way in which the Andalusians openly celebrate their regional culture in the midst of a Football game. One thing that you will definitely notice at a Football game in any part of Spain however is the intense wrath of the crowd towards an opposing player or the referee, manifested in a barrage of shrill whistles. 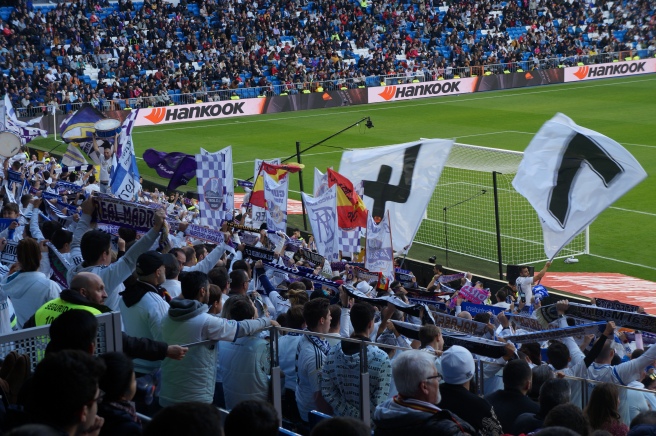 Possibly the hardest to spot on this list for the newcomer to or passing enthusiast of Spanish Football culture. But if you know what subtle cues you are looking for, you can definitely find them. While most Football leagues across the world have fan groups that are known for being left-wing or right-wing, the norm in Spain is to categorise every team in the league in terms of the political affiliation of their fans.

Spain’s complicated political past influences the way in which fan groups openly associate with ideologies on the terraces. The partisan manner in which entire communities identified as left or right during the Spanish Civil War has resurfaced in the post-Franco era thanks to the end of censorship. As such, be prepared to find yourself surrounded in antifa or right-wing symbolism, insignia and rhetoric on your away-day in Spain. 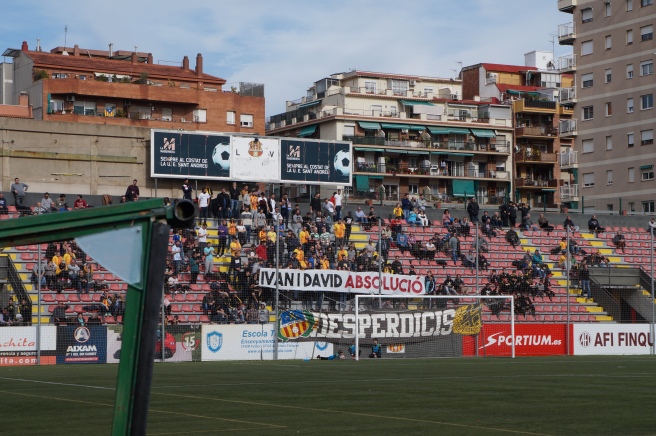 Did we miss anything? Do you have any standout memories or unusual stories from the stands of Spanish soccer stadia? Feel free to share your thoughts in comments below!

8 thoughts on “Spain is Different”