“The problem is that we do not have unity. The fans are not united any more. Have you heard about this other team, the one created by the fans?” For the first time during this conversation, I lied.

In the aftermath of finishing the disastrous 2012/2013 season once again in the relegation zone of the league in question, Xerez CD was eyeballing bankruptcy directly in the face. Unable to repay debts that had accrued during such a torrid period for sports fans in Jerez de la Frontera, club owner Joaquín Morales Domínguez publicly announced its likely administration and subsequent additional obligatory relegation even further down the Spanish Football league structure. The former La Liga club was now coming to terms with its 3rd relegation in just 4 years. As a season in the unfamiliar La Tercera loomed, some Football enthusiasts in Jerez refused to acquiesce to the drawn-out demise of their beloved team thanks to a catalogue of managerial impotency. Some Xerecistas responded by asking the question; “what more can we do to save Football in Jerez?” 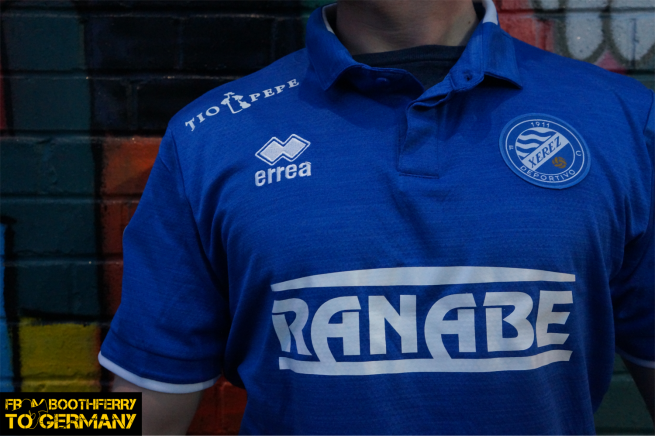 A band of proactive fans pooled their resources and talents together to create a new outfit that could represent the people of Jerez de la Frontera in Football competition. With Xerez Club Deportivo’s days seemingly numbered, fans took inspiration from the side they had been following since childhood as they began building a new team that could continue the proud fan traditions of their city. “Xerez Deportivo Football Club” was born on the 28th of June 2013. The familiar hues of rich blue and white of Xerez CD were immediately identifiable in Xerez Deportivo’s playing colours, as were elements taken from the city’s coat of arms in the new club’s logo. A great deal of the aesthetics were intentionally similar to those of the dying club that Xerez Deportivo was expected to replace so that outsiders (like you and I for example) could easily recognise the survival of Xerecista Football fan culture through a different medium.

With a brand new outfit ready to pick up the reins and continue the fight to restore civic pride, Xerecistas received yet another hard slap in the face. After investing their time, money and energy into the creation of the new club, Morales announced the sudden sale of his shares in Xerez CD to Ricardo García of Grupo Energy (who become majority shareholder and acting president of the club) a mere 5 days later on the 3rd of July 2013. Confirmation of the Xerez CD’s obligatory relegation on the grounds of bankruptcy to La Tercera came on the 1st of August, but with all creditors now paid thanks to the sudden cash injection, Xerez CD was free to take its open seat in La Tercera for the 2013/2014 season. Every single individual who had worked flat-out in a short space of time to get the Xerez Deportivo FC project off the ground and occupy the apparent vacancy in La Tercera suddenly found their work to be entirely in vain. 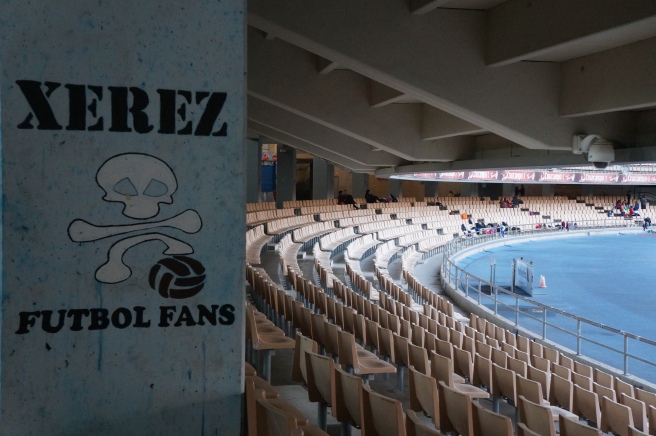 It was a Machiavellian move on the part of Morales. He had effectively chosen to punish the Xerecistas involved in the Xerez Deportivo FC project for what he believed to be treachery and a lack of faith. During the incubation phase of Jerez de la Frontera’s exciting new start-up, he deliberately withheld information about his ongoing negotiations with García in order to make the news as crushing as possible to the fans and associates of Xerez Deportivo FC. Their immediate response marks the turning point in the story of Football in Jerez de la Frontera. Defiant of Morales’ actions and unwilling to let their investment go to the dogs, an assembly was called on the 17th of July (now known as the “Asamblea Xerecista“), in which a majority of attendants voted in favour of their fan-owned club competing in the 2013/2014 season in the second provincial league, the 8th tier of Spanish Football and 4 below Xerez CD.

As Xerez Deportivo began to climb the regional Football ladder with 4 promotions in 4 successive seasons, Xerez CD continued to flounder. Another relegation followed, dropping Xerez down to the 5th tier of Spanish league Football for the 2014/2015 season. With the historic club once again in dire straits, members and fans of Xerez Deportivo FC stretched out a hand. Another assembly was called on the 23rd of July 2015 in which members of both parties voted on the motion of a merger of the two Football clubs of Jerez. Representatives from Xerez Deportivo FC voted in favour of the unification, but those acting on behalf of Xerez CD at the assembly voted against the motion. Individuals associated with Xerez CD once again decided to backhand the younger, smaller club, that they saw as inferior.

To this day, the clubs remain separate, competing entities in an extraordinary rivalry – that now plays out in the same league, La Tercera, where it all began. And last season, for the first time ever, Xerez Deportivo finished above Xerez CD in the Spanish league structure (5th and 10th places respectively). 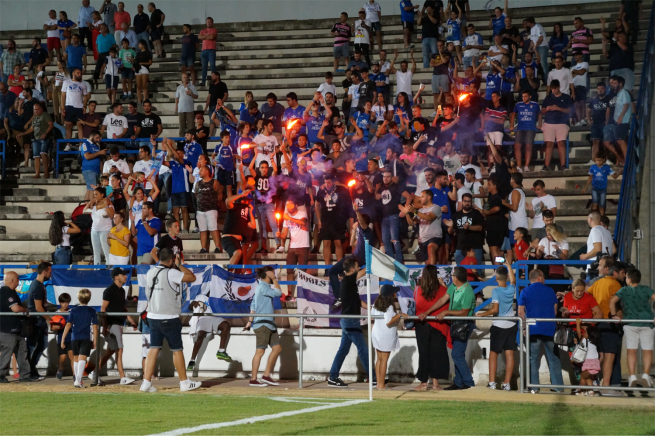 In light of the #sosxerez fiasco, it is Xerez Deportivo and members of El Kolectivo Sur who are now laughing. This summer, Xerez CD, their sibling club formerly run by a man who tried to punish them and that has repeatedly snubbed them, came up against another self-inflicted financial crisis. The club’s response was to publicly appeal for support and donations from other figures in the Spanish Football community to avoid expulsion from the league. Now, one cannot easily claim that if the two had merged when opportunity arose in 2015 that the resulting Frankenstinian club would now completely trouble-free. But unification and a broader subsequent fan base would certainly have guaranteed more revenue for the club, and maybe one or two wiser heads around the boardroom. Therefore fans and supporters of Xerez Deportivo FC argue that Xerez CD have had more than enough chances to sort their situation out, but have lacked the humility to do so.

As full-time approached, the Ultras remaining loyal to historic Xerez CD sparked up a minor pyro show of flares at the Estadio de la Juventud. With the future of their club uncertain, I don’t blame them. Yet as a supporter of the Xerez Deportivo FC story, I fail to feel too much sympathy for what has happened to the older of the two clubs. So while members of the Spanish Football community donated to try save Xerez CD from the abyss, fans and members of Xerez Deportivo FC have been asking why they should feel compassion for a club that frankly is not deserving of their love, nor their Euros.

In the final hour of the 29th of August 2019, the pencil pushers calculated that only 12,000€ were lacking from 129,000€ the club needed to pay to the Spanish Players’ Union. A final push got Xerez CD across the line, and the AFE received the money owed in time for the club to continue competing in the 2019/2020 La Tercera Group X season. Xerez lost the match that weekend against Lebrijana 2-1, and their start to the season has been underwhelming.

I next returned to Jerez a couple weeks later to attend a home Xerez Deportivo FC fixture. I stopped in a bar on the way to the ground for a shit and a sherry. The barmaid inquired as to what scarf I was wearing, given that my accent and general appearance were clearly not local. I held it aloft, much to the displeasure of a young man sat at the bar.

“For fuck’s sake. Look”. He held his arm out and showed me his wrist bands. “I support this club, the old club of this city”. The Xerez CD logo was displayed proudly on the wrist bands. “We are the history”.

Perhaps. But we are the future.