A diagnosis of the 4 different characters you’re going to meet on a Bundesliga Saturday. Enjoy.

(We have intentionally used exclusively male characters in this post, simply because we thought it was easier to apply these 4 stereotypes to men).

Thomas comes for the Football. He studies the best players from the best teams to learn and take new ideas to his amateur team. He wants to talk tactics, strategy and formations. Coming alone in jogging pants and official club merchandise, he will tolerate the Ultras, provided they don’t ruin his enjoyment. Drinking beer and eating Bratwurst? It’s 3 in the afternoon, don’t screw up the diet! The Champions League final is his dream, either on the pitch or in the stands.

Classic Adidas trainers. Dark coloured jacket covering tatts & muscles. Flare in one pocket, balaclava in the other; Mikko is the hool. It’s been a shitty, boring week working for his Wichser boss. Saturday is his day. He and the lads are gonna give it and no-one can stop them. Not the police, not the DFB, not the opposing fans. He doesn’t care about your club and is not afraid of you, so don’t walk on his patch with your Cockney accent expecting respect from him.

It’s been a few weeks since his last visit, but the client meeting has been cancelled and the wife has promised to take care of the kids for the day. Time for Bundesliga! Robert sticks his team shirt on and drives the M5 down the Autobahn, stopping at McDonald’s, where he meets you. He is a bit intimidated by English Football fans, but speaks well enough to constantly remind you how much he loves the English tradition and repeatedly asks you if you’ve ever been to Anfield. 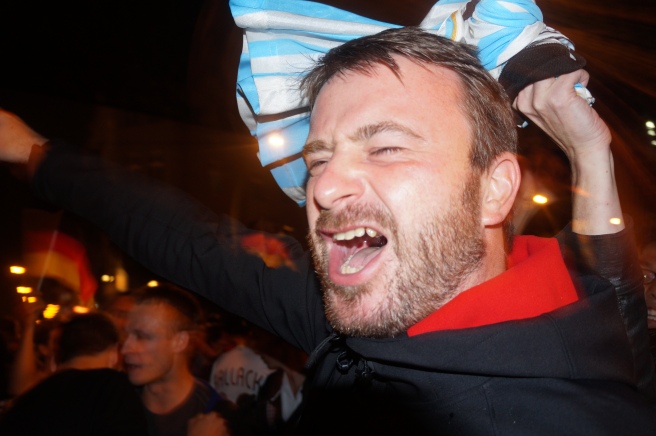 It was long ago Hans stopped caring about transfers, relegation odds and managerial talk. Season ticket holder for 31 years now, he’s seen it all and is older than all of the team. Put together. His Saturday routine is so well established, you can recognise him by his denim poncho covered in stitch-on patches, his belt of scarves, his Auswärtsbecher half-filled with Wahrsteiner and his beer gut that’s taken a lot of commitment. 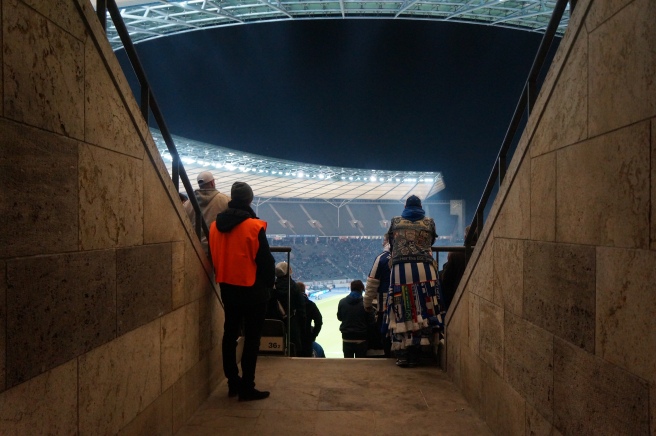 There is one other type of Bundesliga fan you are likely to encounter. The FBTG crew of course….