My original plan was to try photograph the stadium of local outfit Jerez Industrial CF on the outskirts of town. The gates of the small stadium perched in front of it just happened to be open, so I decided to jump in. Much to my delight, what looked like an u-18s male game was underway, with a small handful of spectators lining the pitch and frequenting the club bar.

By way of luck, I happened upon Club de Fútbol Federico Mayo. 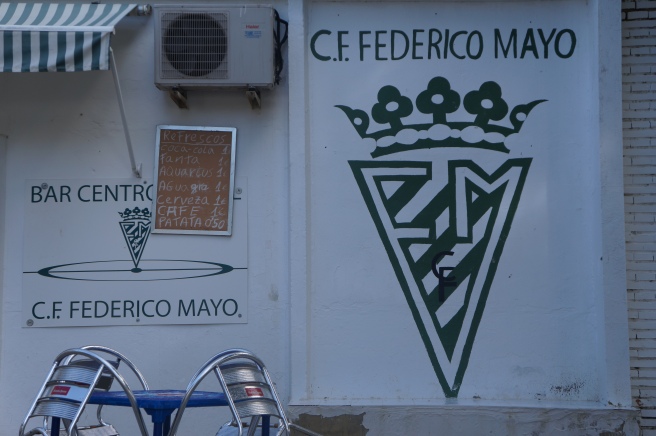 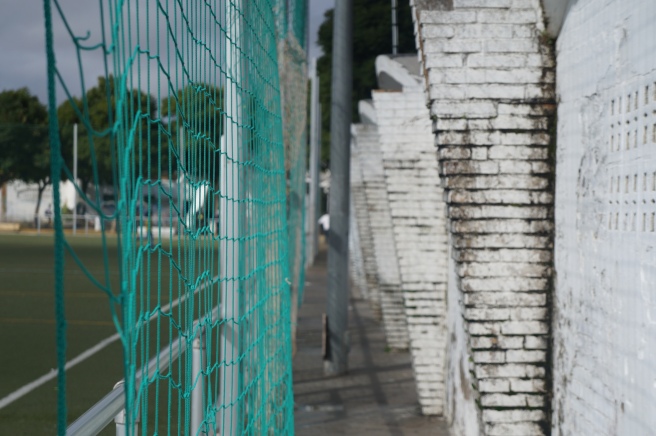 Noticing a club scarf on the wall of the bar, I asked the barman where I could possibly purchase one. He led me to the central clubhouse and introduced me to a gentleman who turned out the be the president, a man who could really not have been any nicer. As I write this post, that very scarf hangs on my wall opposite. For as little as €10, one of an extremely limited number of club scarves became a prized possession of mine. When the From Boothferry To Germany bar/ shop/ museum finally opens one day, pop in and ask to see it.

Inside the small and very typically Andalusian club offices (painted white and with artisan ceramics and tiles in every direction) was a huge array of club silverware and fading photos of former teams and players, many of whom have apparently gone on to greater things. A current product of CF Federico Mayo is a young lady representing Spain in the under 18 world cup whose name sadly escapes me. Among all the beaming faces that smiled down at me, I was shown a handful of compatriots of mine who had arrived at CF Federico Mayo not speaking word one of Spanish, but who left as polyglots. One, I am told, was a former Tottenham captain. That seems unlikely, but okay. 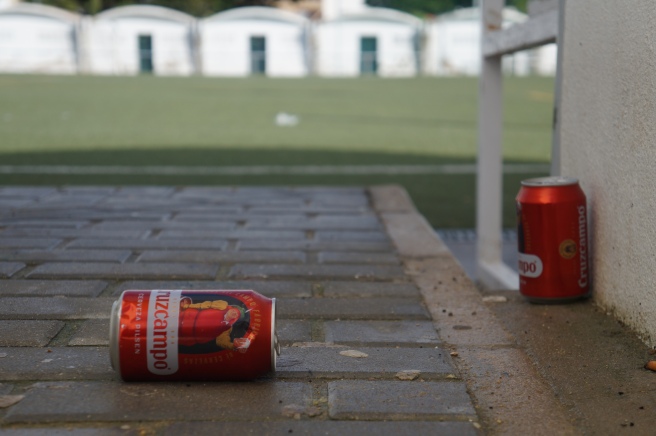 The name Federico Mayo refers to an architect who designed several installations within the Jerez de la Frontera new town. I have otherwise been able to find very little information about the gentleman in question. The club itself is a young one, having been founded in 1971, but among the usual memorabilia are several conspicuous items. A photograph of a starting eleven dressed in blue and white squatting on the pitch behind me that probably dates to the early 00’s is accompanied by a triangular pendant sporting the name “Dynamo Moscow”. One of Russian sport’s greatest institutions has indeed graced the Campo de la Juventud here in Jerez de la Frontera.

As I continued to chat with the charming president, the game itself unfortunately concluded, thus I failed to get any photos of the action. But, this being a blog that concerns itself much more with the culture that exists among fans, you’re probably about as bothered by a lack of action-shots as I am. I took the opportunity to do my own lap around the artificial pitch with a sly Cruzcampo for good measure, snapping away with my camera.

Please enjoy this collection of photos that I feel shares the reality of “non-league” Football in Spain’s most compelling of regions. I’d also like you to acknowledge that those empty cans are not mine.

After my tour of the campo ended, I strode my way back to the club bar. Most of the young players were making their way out the gates at this point, yet some remained with I assume family and friends around the ground’s entrance. I took up residence on a bar stool, another Cruzcampo and a vino jerezano (more commonly known to you and I as sherry- that most andaluz of drinks) to keep me company. Don’t judge; small clubs benefit from these minor purchases. An arbitrary La Liga fixture of the day blurred through the reflection of a dusty mirror that spanned the width of the room, propped up by green and white tiles sporting the world-wide renowned Andalusian geometric patterns that whisper of the region’s close ties with the Islamic Golden Age.

You’ll notice that those colours also adorn the club logo, the playing kit and indeed the corner flags. A simple tricolour design of green, white and green directly communicates the passionate way in which the people of Jerez de la Frontera very much believe themselves to be citizens of the location where Andalusian traditions are at their purest; the flag of Andalusia contains three horizontal stripes, two green and one white. Málaga, Granada, Jaén and Almeria to the East of Spain’s most populous region all have identities and dialects that mark them out as somehow simultaneously Andalusian, and not. It is in the West Andalusian cities of Seville, Córdoba, Jerez de la Frontera and Cádiz where the horses, flamenco performers and bull fighters that make the culture of this comunidad autónoma so iconic (for right or for wrong in the case of bull fighting) come from. And while Seville certainly gets the international acclaim, its Little Brother Jerez de la Frontera remains the most stereotypically Andalusian of them all. Sorry Cádiz. 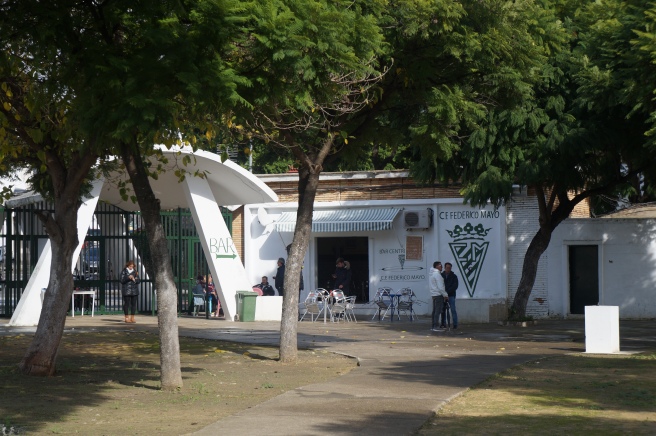