If anyone is looking for a city that serves as a perfect microcosm for Spain’s history, Cádiz may be it. However, the country’s modern history has left its imprint on the local gaditano culture that enthusiastically embraces left-wing political ideology. In the context of Football, the result is a matchday experience that is very atypical of Spanish Football fan culture in general, but terrific fun to be a part of.

As the steady drizzle became a downpour, I dashed arbitrarily into a small tavern. The owners served me a Cruzcampo and expressed their delight at my purchase of a ticket for the match later that same day. Morcilla (black pudding) and a range of sherries were shared while the rain passed, at which point I bid farewell and continued into Cadiz’s old town, traversing the city’s towering Puertas de Tierra as I did so. A bit drunk, I arrived in what is reported to be not only Spain’s but also Europe’s oldest city.

This claim is, in my opinion, a slightly awkward one. I have read the same statement made about other cities, and this accolade is surely influenced by the way in which one defines “Europe”. Off-shoots, garrisons and/or trading posts of Mesopotamia located in Anatolia would surely predate Cádiz and could definitely be considered European. That said, there is enough literature that describes this architectural gem of a city as the continent’s oldest, and heaps of archaeological evidence further backs up this claim. The history of Cádiz, and indeed of urban Europe, begins with the Phoenicians. 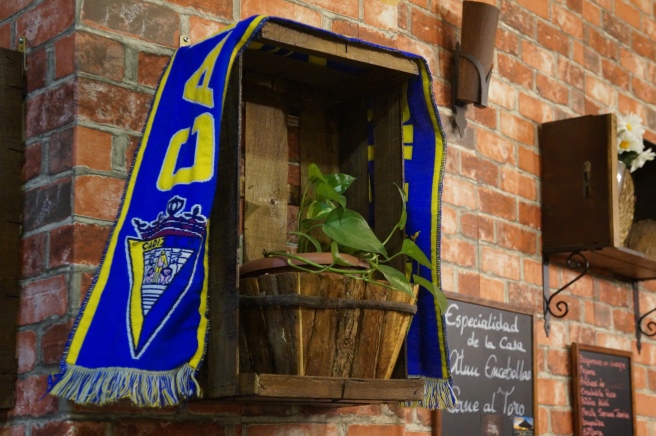 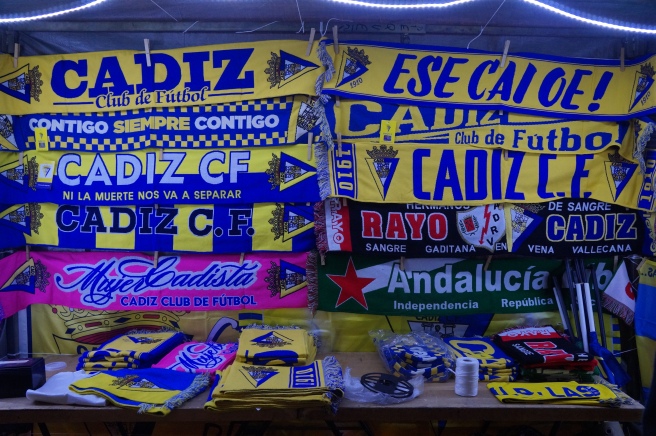 “Gadir” was a fortress created by the Phoenicians in around 1100BC. These seafaring peoples from the Levant found this small island off the coast of the Iberian Pensinula to be a perfect location to store tin and silver deposits from the most westerly parts of their empire. As the Carthaginians conquered all Phoenician settlements, Gadir became part of their empire in approximately 500BC before they too were conquered by the Romans during the infamous Punic Wars, who renamed this settlement “Iulia Augusta Gaditana”. From here, the modern Spanish language appropriates the word gaditano which is used to describe any person or item from or belonging to Cádiz.

The Visigoths left little visible evidence of their period of rule. Indeed, many Roman structures and edifices in the city still survive today. The Islamic Moors were the city’s next rulers in the 8th century CE, though their relatively short tenure here in comparison to many other parts of modern Spain where they settled has resulted in less ostensibly Islamic architecture in Cádiz compared to notably Seville, Málaga and of course Granada. Upon reconquest by the Catholics under the rule of Alfonso X in 1262, the city then known as Cádiz was restored to its glory, quickly becoming a major regional hub for trade. As my steps do their best to match the coloured lines on my free map, unyielding medieval walls of stone echo this grand past.

A smiling gaditano running a small bar on a street corner hands me a plate of juicy albóndigas and marinated artichokes. All is washed down with a caña of crisp lager. Outside, two dreadlocked women wearing woven artisan clothing void of any recognisable fashion labels indulge me with tales of their town. One teaches me local gaditano slang, the other is only too happy to offer me some of her joint. A small exhibition of t-shirts designed by their friend on sale in this bar has not exactly been an overwhelming market success, but they choose to continue enjoying their Saturday afternoon in Spain’s most charming of cities.

“I mean, Columbus did do a lot of that stuff from here. It’s not like the history of this place is all perfect. But at least we know about it, the part that Cádiz played”.

As much as Cádiz successfully summarises the history of pre-modern Spain, it too had a hand in the country’s dark imperial era.

Christopher Columbus began his second and fourth voyages in this city. In doing so, he and his crew transported both disease and suffering to the New World, whose residents would invariably respond negatively to arrival of Spanish colonisers. Both the transatlantic Slave Trade and miserable exploitation of the native peoples loom large in the public imagination today. But the way in which the immune systems of the indigenous populations of all of the previously isolated Americas failed to cope with the introduction of new bacteria and microbes by the Spanish and other Europeans resulted in the largest decimation of any population in world history, proportionally speaking. Estimates vary, but possibly up to 95% of all indigenous Americans fell victim to these new diseases introduced by Europeans. It is one of history’s most tragic tales. Cádiz, a major port from which slave traders and conquerors departed, played its part in that story.

Understandably, this has made quite an impression on modern Gaditanos. Faced with the integral role that their city has had in Spain’s ugly rule in the Americas, citizens of modern Cádiz have learned compassion, fairness and tolerance. They openly acknowledge the harm that the Spanish Crown has done in much of the world and choose to question the State instead of following it blindly. The charm and hospitality of the people I interacted with on the day are a natural bi-product of this shared mentality. Andalusia generally has always been a stronghold for socialism in Spain. Yet as I meander back towards the Estadio Ramón de Carranza, Antifa stickers, feminist rhetoric and rebellious slogans guide me toward my destination. It is no wonder that Cádiz CF would become one of the choice Football clubs for left-wingers and radical antifascists in 21st century Spain. 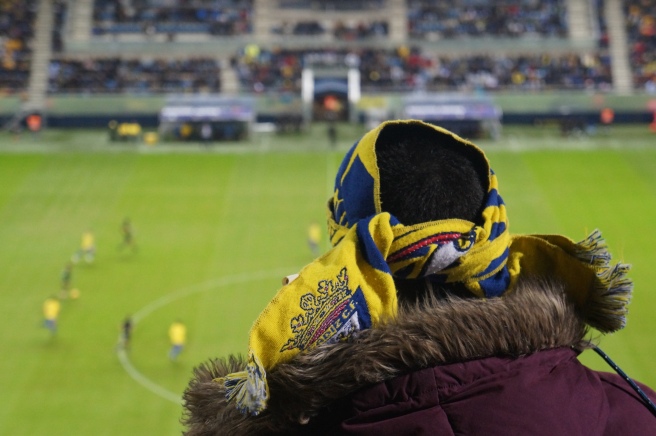 The familiarity that those involved with Spanish Football have with Cádiz CF’s left-wing philosophy is quite surprising when you step back and realise that pretty much nobody outside of Spain could have told you about it. Of course individual fans vote left, right or centrally, but outsiders definitely look at Cádiz fans in a uniform way. The relationships they share with fans of other clubs is heavily influenced by this enduring leftist identity. Málaga is a city that has historically competed with Cádiz, but the fact that a large amount of Málaga CF fans sit on the right of the political spectrum further fuels the animosity that fans of each club reserve for each other. Meanwhile, Rayo Vallecano, Madrid’s answer to FC Sankt Pauli, boasts close ties with their yellow counterparts down in Andalusia.

Inside the Estadio Ramón de Carranza, the Brigadas Amarillas have done as much as possible to decorate accordingly. Cádiz CF’s leading ultra group occupies the southern tribune situated behind the goal, from which they make a cacophony of noise. As the match kicked off, one gaditano beamed as he explained to me that the newspaper “AS” had recently announced that the Estadio Ramón de Carranza’s atmospheres are Spain’s best. I am yet to check if such an article exists, but I’ll go with it for the time being. A 4-1 victory over visiting UD Las Palmas definitely left a good impression on me.