Celtic FC, the “Rebel’s Choice”, has emerged as one of Britain’s most internationally popular Football clubs in recent years thanks entirely to its proactive and colourful fan culture. Celtic’s association with punk club FC Sankt Pauli and frequent displays of pro-Palestinian flags during Football matches have contributed to the image of one of Europe’s leading “left-wing” clubs that individuals espousing pro-self-governance and anti-colonial values can support guilt-free. Onlookers have applauded the Bhoys and the Green Brigade for their seemingly altruistic political activism; most Celtic fans are personally unaffected by the Israeli-Palestinian conflict, yet they go out of their way to show solidarity with Palestine by displaying Palestinian flags during high-profile fixtures that often incur penalties from such governing bodies as UEFA. The notion of a pro-self-governance and anti-establishment fan culture in world’s most imperial of nations (the UK) has prompted left-voting Football enthusiasts from around the world to fall head over heels in love. A dash of the Irish Charm surely adds to the romance.

The narrative of a successful British Football club whose fans unilaterally oppose and demonstrate against imperialism and colonialism of “strong states” over weaker nations sure is a seductive one. But what if it’s wrong?

If Celtic’s “left-wing” fans were trying to demonstrate against strong states denying other states the right to self-governance and political autonomy, we would surely see flags of more nations fighting for their right to exist at Celtic Park. Where are the Tibetan flags? Where are the Chechen flags? Where are the Kurdish flags, the Transnistrian flags, the Corsican flags and the Abkhazian flags? These are several high-profile, self-declared nations currently denied their right to self-governance by other strong nation states. True, we do see the occasional Basque or Catalan flag on display at Celtic Park, but these two communidades already enjoy a certain degree of autonomy from Madrid far greater (at time of writing) than any seen in the aforementioned cases. It is absurd to think that every single Celtic supporter is simply ignorant of the plights of these non-autonomous nations; they must be aware of Chinese rule over Tibet. Any individual or organisation that identifies itself as “pro-self-governance” would surely make the Tibetan cause a priority, with respect to all others.

The fact that Celtic supporters fail to display a more diverse array of flags that symbolise solidarity with various pro-independence movements clearly means that it is inaccurate to interpret Celtic fans’ pro-Palestine demonstrations as an example of an internalised anti-colonial and pro-self-governance ideology. So what is the story behind Celtic’s Palestinian obsession?

We have to look at the past to understand the modern context. In 1917, the British Army invaded the territory we now call Palestine and conquered the city of Jerusalem, defeating soldiers of the Ottoman Empire in the process. Britain subsequently issued the Balfour Declaration on November the 2nd of the same year, published in the Times a week later. The Balfour Declaration, originally sent to the well-known Zionist Lord Rothschild, hinted at British approval of the creation of a Jewish State in the region of Palestine, albeit in a manner that was deliberately non-committal. The Balfour Declaration served its purpose by proving to be enormously beneficial to the British war efforts, as Europe’s Jews and the United States (with a significant Jewish population) began to rally behind Britain.

But as WWI ended and the Ottoman Empire collapsed in the 1920’s, Britain effectively took control of the region, creating the country Palestine (as well as several others, with assistance from France) in the process; a country that had never existed before. Meanwhile Europe’s Jews, increasingly wary of growing antisemitism on the continent, took advantage of Britain’s perceived public support for a Jewish State in Palestine, the exact location Zionism identifies as the Jews’ Promised Land, by settling en masse.

The Israeli-Palestinian conflict we know today effectively began at this moment. Zionists sought to settle in a non-secular Jewish state in the place of Palestinians. As more settled, Palestinian efforts to mobilise and violently resist Jewish settlement were crushed by British security forces (most notably in 1929 and 1936), who still effectively governed Palestine and worked to curry favour with the Zionist cause. Israel became a self-governing state in 1948, at which point Britain withdraw its security forces from the region. When we appreciate the role that Britain had in the formation of the Israeli state at the expense of Palestinians, you can easily understand the origins of Celtic supporters’ pro-Palestine demonstrations; anti-British sentiment is of far more importance to Celtic fans than anti-colonialism and pro-self-governance politics ever were or ever will be. 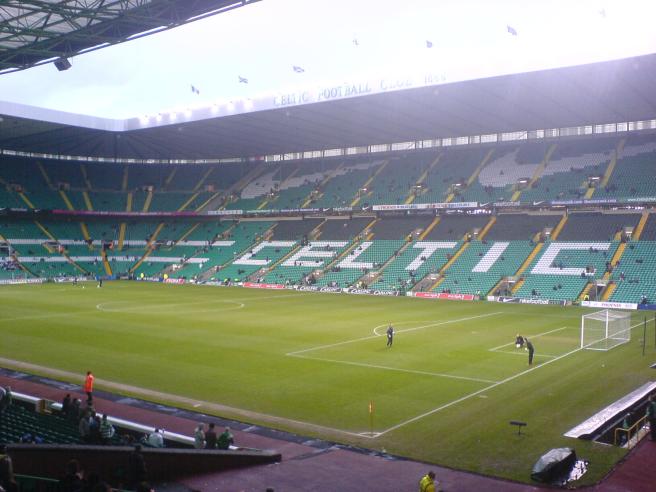 Celtic FC, the Football team of an Irish community in Glasgow’s East End, has been a breeding ground for anti-British politics and Irish republicanism for a century. The dislike Celtic supporters have for the British monarchy and British rule is well-known, but in being so often observed, is less shocking than it used to be. By showing solidarity with Palestine, what Celtic fans are actually doing is showing the world a modern disaster story that can be attributed to British political intervention in a foreign land. The Celtic Palestinian obsession begins with disdain for British rule.

The notion of Celtic FC being a “left-wing” club simply does not hold up to scrutiny. While it definitely makes for a romantic story, Celtic fan culture remains anti-Britain, not pro-self-governance and certainly not “left-wing” in my opinion. Go take that Antifa hoody some place else.