In his article “Why Hertha BSC Berlin is not a German Powerhouse (and Probably Never Will Be)“, published in Bundesliga Fanatic, Max Regenhuber openly discusses the reasons why Berlin’s #1 has underachieved compared to clubs of other major German metropolises.

The historical account is spot on; Hertha have had a turbulent past, frequently up and down with little silverware. Regenhuber also acknowledges the complicated and unique economic situation of West Berlin for the majority of the Bundesliga era. A capitalist island in the face of communism, devoid of industry, the club mirrored the people; starved of investment (the billions of dollars poured in by the Marshall Plan were in the form of investments Americans both understood and needed; the finest material goods as capitalist propaganda. Not Football). And Regenhuber also cites the poor managerial decisions made by the club throughout the 2000’s which have contributed to modern stagnation.

All in all, total sense and a good narrative. But Regenhuber claims that Hertha’s unsuccessful past is indicative of an unpromising future. Die Alte Dame has little chance of getting ahead of the bigger boys in the 1. Bundesliga and establishing itself as one of the elite. This may not be the case.

In their masterpiece ‘Soccernomics‘, Simon Kuper and Stefan Szymanski explore the development of European cities as Football powerhouses. Their observation was that in democratic countries, the larger industrial, provincial cities were the ones wielding the stronger Football teams. These cities were magnets for low-skilled immigrants. Lonely, scared and new to their surroundings, these immigrants were able to feel connected and engaged with their new home by being part of the Football club. Cities with less industry and therefore less immigration saw less of the population flocking to the sports teams to find that elusive sense of identity. Higher match attendances naturally means higher levels of investment on players and staff, and thus better Football. When the book was first published (2009), the only English cities to boast Champions’ League victors in England were Manchester, Liverpool, Birmingham and Nottingham. Not London. The European capitals with CL victors were either seats of totalitarian power (Spain, Portugal and Romania) or countries in which the capital was home to a far larger proportion of the population (Scotland and the Netherlands). 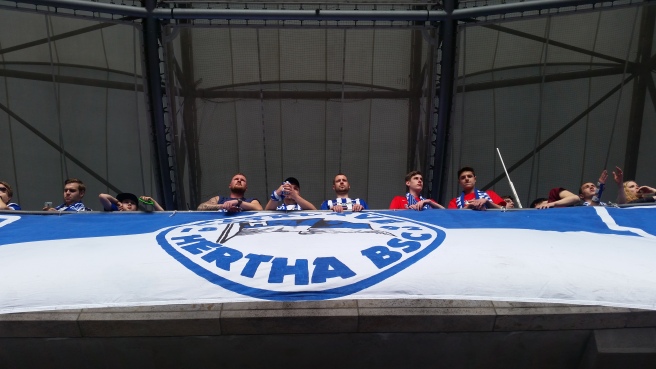 Kuper and Szymanski made a prophetic but simple observation. Football isn’t exclusively a working-class pursuit now, and unlike in the second half of the 20th century, teams from provincial industrial towns are not dominant. Mega-cities with mega-populations naturally lead to more cultural heterogeneity. In a larger market small business can take the risk to try different things. Alternative business ideas flourish and diversity flows. Quickly you have entire areas with very idiosyncratic shops, locals and places of business, creating cooler places to live. This further attracts newcomers, often foreign, who prefer the diverse landscape to that of a smaller city in the same country, and acknowledge that they are more likely to be accepted there. A better choice overall.

This is a different migrational pattern to that of economic migrants in the 20th century, but has the same outcome with regards to Football. Newcomers will want to be able to identify and engage with their new home, and many will do this by becoming fans of the Football clubs of the mega-cities they have relocated to. Football players behave in the same way. For a given salary to move away from their home, they are more likely to choose the more diverse city. With transfer markets open, players are simply more likely to want to live in more popular and more populous cities. You can therefore naturally expect the Football of large capitals to improve relative to that of small, more culturally homogeneous cities. 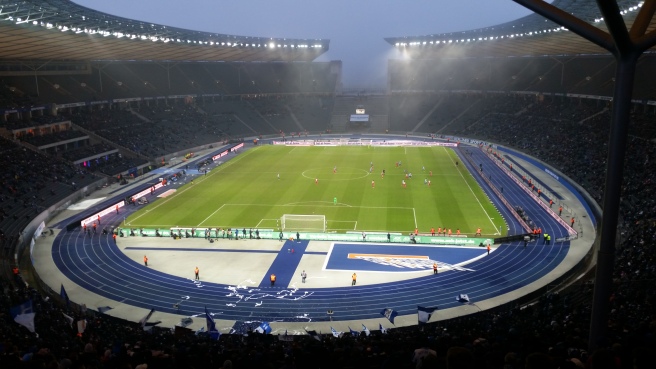 Kuper and Szymanski made the bold claim that a London club would soon win the Champions’ League, with PSG and a Muscovite club likely also around the corner. Chelsea did it not long after Soccernomics was published. But Kuper and Szymanski focused exclusively on populous capitals succeeding in the Champions League. If you take a step back and apply the same theory to national leagues, another underachieving capital stands out.

Berlin and its laid-back, counter-corporate, laissez-faire brand are attracting people at an unprecedented but unsustainable rate. This gentrification is a hot topic in local politics and the economic effects are a concern for many locals who simply see themselves being outpriced of property. But for right or wrong, a lot of these newcomers are naturally going to either want to get their Football fix or feel involved with the city by supporting a local club. And this is the key; while some will go for 1. FC Union Berlin, the a larger majority will plum to become Herthaner. In the case of players, Hertha BSC, a 1. Bundesliga stalwart, will be able to offer higher salaries and therefore attract a better calibre of player than Union will. Hertha BSC is set to benefit from the city’s boom more than any other Berliner club. 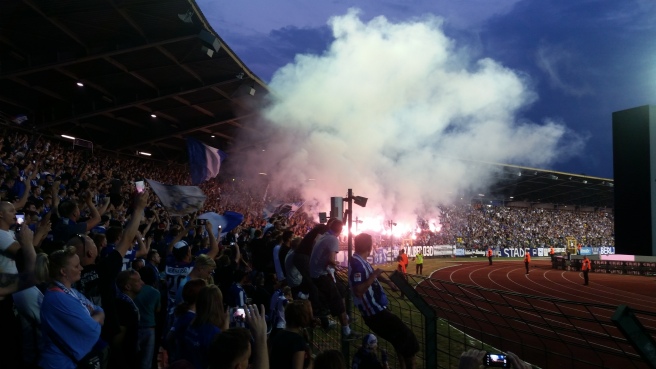 The club’s fan base is simply going to expand beyond those of other Bundesliga clubs from cities that are not experiencing such levels of immigration. This, given time and a fair degree of luck and good management, is likely to result in stronger results on pitch. Hertha BSC do have potential to become a Bundesliga powerhouse if they successfully accommodate the huge amounts of international millennials arriving in Dickes B. Indeed, a glance at recent club advertisements around the city indicates that Hertha Marketing managers are acutely aware of this.

Traditionalist Blau-Weiße Ultras won’t like it, but they won’t be able to stop it. Union will also feel the positive effects of migration, but not to the same extent. BFC Dynamo will fail to bring in new fans other than skinheads and thugs, but that is largely what that club is anyway. Berlin will take its place as a city of quality German Football in the coming decades, with Hertha BSC at the forefront.

8 thoughts on “Gentrification & the BSC; Promise for Die Alte Dame”