Ladies and gentlemen, I need your patience here. It takes a lot for me to articulate what I am about to write….

Bllllleeeuuuuuurrrrgghhh. Forgive me, I just dry heaved, and not because of what I was drinking last night. As much as it disgusts me to say, Leeds is a top division side once again. What many people see as Yorkshire’s biggest club will play in the top flight of domestic English Football in the 2020/2021 season after a full 16 years away. In that time, thousands of kids from across West Yorkshire have been born, grown up and have become parents themselves.

In many regards, it has been a long time coming. A club of Leeds United’s size realistically should not expect to spend too many seasons in the lower leagues. This got us thinking; how many other “Big Clubs” have been stuck in lower leagues, not just in the UK, but elsewhere? We threw a random dart at a map (that’s bollocks) and decided to look at which Spanish giants are currently playing outside of La Liga.

The heady days of playing away at the Westfalenstadion in the quarter finals of the UEFA Champions’ League seem like a long time ago for the boquerones. Under Manuel Pellegrini’s stewardship, Málaga CF climbed as high as fourth in La Liga in 2012. But relegation at the bottom of the table in 2018 shoved the Costa del Sol club down into La Segunda. The side finished their first season back in Spain’s second division in a respectable third position, but after a far less competitive showing this season, many Malagueños will be wondering how long they will have to wait before they can return to La Liga…. 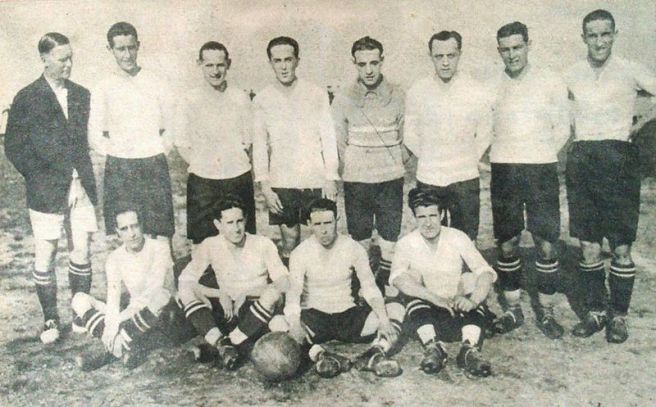 It is difficult not to feel sympathy for what the Racinguistas have been put through in the past decade. Though its trophy cabinet may not be quite as full as its counterparts from Catalonia, the Community of Madrid or the Basque Country, Racing should be counted among the true elites of Spanish club Football. The industrial cities of Spain’s north coast have always been Football strongholds and Santander is no exception; Racing was one of the original founding clubs of Spain’s La Liga (the title sponsor of which coincidentally happens to be the eponymous bank headquartered in Santander) and has spent 44 seasons of its history in the country’s top flight. However, economic constraints and appalling management in the past 10 years have pushed Racing Santander down into the semi-professional Segunda B league for 5 of the last 7 seasons.

Deportivo is Spain’s Newcastle United, Werder Bremen or AZ Alkmaar – a plucky, well managed side hailing from an industrialised, provincial backwater town that has punched well above its weight in the past. The Galician club won the Copa del Rey in 1995 and in 2002 and famously won the La Liga title in the 1999/2000 season, finishing a full 5 points clear of FC Barcelona and Valencia CF in joint second. Dépor has always boasted strong home support; the infamous Riazor Blues ultras are arguably one of Spain’s highest profile left-wing supporter groups. Deportivo La Coruña has a habit of responding to relegation from La Liga with immediate promotions at the first time of asking (as happened in 2012 and 2014). However, the 2019/2020 has been particularly disastrous for Deportivo.

Of all the clubs in this list, Real Zaragoza is probably the one most likely to make it back to the big league where it belongs first. The Aragonese capital has not hosted top division Football for 7 seasons now – an astonishing fact when one considers that the club competed in La Liga for all but 4 seasons between 1957 and 2014. The 2018/2019 temporada was a nervy one, but hometown boy Víctor Fernández has returned home to manage Real Zaragoza with a very attacking-orientated playing philosophy. This has been a breath of fresh air in a city that is domestically known for being culturally conservative. All that los maños need to do now is iron out defensive mistakes that have proven costly in recent seasons.

It is quite astonishing how famous Recre is inside Spain compared to how unheard of it is outside Spain. Its international anonymity probably owes itself to the fact that it has only ever spent 5 seasons in La Liga, has never won the Spanish first division title nor has ever competed in significant international competition. However, domestically, Recreativo de Huelva has been an absolute pioneer of club Football in the Iberian Peninsula. Though the earliest mention in the press of Football being played in Spain was in Jerez de la Frontera in 1870, Recre is Spain’s oldest continuing Football club, having celebrated its 130th birthday last season. For that reason alone, it belongs on this list. 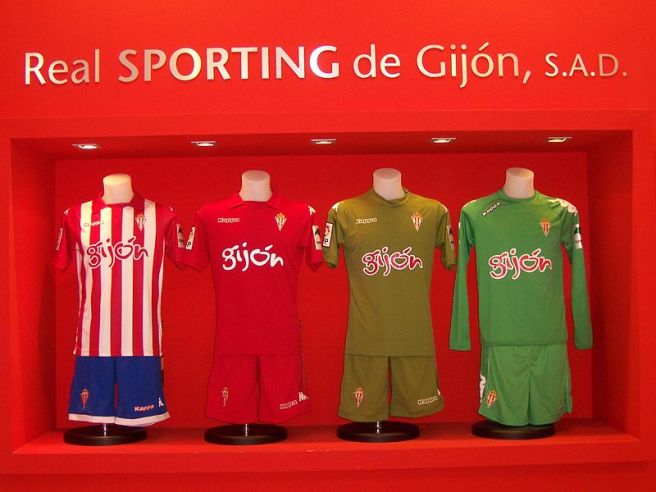 The phrase “Asturias o trabajas” quaintly sums up how Asturians view life in their home region – work tends to be scarce in one of Spain’s most liveable and picturesque comunidades autónomas. Yet the working classes of Asturias’ biggest city have been quietly optimistic about the future of their local Football club for a short while. Sporting Gijón is Spain’s West Bromwich Albion; constantly flicking between the first and second divisions and never being a team against whom you can pick up an easy three points. Yet following their departure from La Liga in 2017, the assumption of a swift return buoyed by loud promises coming from the media room has so far been disappointed. That doesn’t look set to change this season.

If you enjoyed this post, let us know and leave a comment saying which country you’d like us to review next. Oh God – I just saw another Instagram story about Leeds United…. pass me the bucket….