Originally constructed in bonnie Newcastle in 1915, the HMS Malaya had been of service both in World War I and II in places as varied as Denmark, Anatolia, Malta, Genoa, Cape Verde and the Caribbean. She gallantly ended her service as target bouncing bomb practice in Loch Striven in Scotland in 1944, but where Football is concerned, the HMS Malaya made her most important trip in 1921 – to the land after which she was named.

HMS Malaya made stops at British controlled ports in its namesake land. In Melaka, Penang, Port Dickson, Port Swettenham and Singapore, her crew interacted frequently with the locals, reportedly introducing the peoples they met to many team sports. Though we cannot know exactly how well the British were received, it is clear that the people of Malaya left a very positive impression on the Europeans. In a letter formally addressed to the Chief Secretary of the Federated Malay States (the forerunner to the Malayan Union that did not include the modern Malaysian states Johor, Kedah, Kelantan, Perlis and Terengganu), captain of the HMS Malaya H.T. Buller expressed his gratitude for the hospitality his men had received. Given the enthusiasm that the locals had displayed for the sports introduced by the British (specifically Football and Rugby), Captain Buller offered to gift two trophies to Malaya.

The Malayan taste for Rugby seemed to decline over the course of the 20th century, but Football remains as popular as it ever was in Malaysia (known as such as of 1965). Though much has changed regarding the structure of Football played in the country, the national prize coveted above all by Malaysian Footballers is the Piala Malaysia; the Malaysia Cup. Not only is it the longest running Football competition in Malaysia, it is also one of Asia’s oldest and most prestigious titles, having been first contested in 1921. Back then it was known as the Malaya Cup – named after the military vessel that visited the West Coast of the Malay Peninsula that same year.

In spite of the success of the Malaysia Super League, the knockout Malaysia Cup is still the big one as far as fans and players are concerned. The bigger clubs of the Malaysia Super League such as Kelantan FA, Selangor FA, Pahang FA and the rampant Johor Darul Ta’zim FC (having just won six consecutive league titles) are capable of drawing crowds of over ten thousand consistently to league matches. However, when it comes to the latter rounds of the Malaysia Cup, it is not uncommon for crowds of eighty thousand spectators to pack into either Kuala Lumpur’s Bukit Jalil or Shah Alam stadium. Given its rich history, it is THE trophy that matters in Malaysian Football. 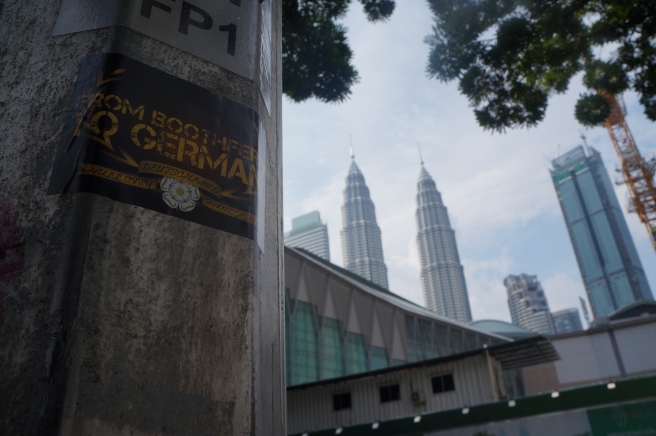 Selangor FA, the main Football club of the eponymous west coast peninsular state, is the most successful club in its history, having lifted the silverware 33 times and having competed as finalists a record 49 times. This includes having won the cup 14 times in the space of 21 years from 1968 to 1986, with 5 titles coming between 1971 and 1976 alone. Selangor’s prominence in domestic Malaysian club Football has been at the expense of neighbours Kuala Lumpur FA. The Malaysian capital city was formerly located within the state of Selangor until it became a federated territory in its own right in 1974, a year before it got its own Football club. KLFA however has never been able to succeed in the way Selangor has, which has been a big factor in the club’s struggle to develop a large fan base. 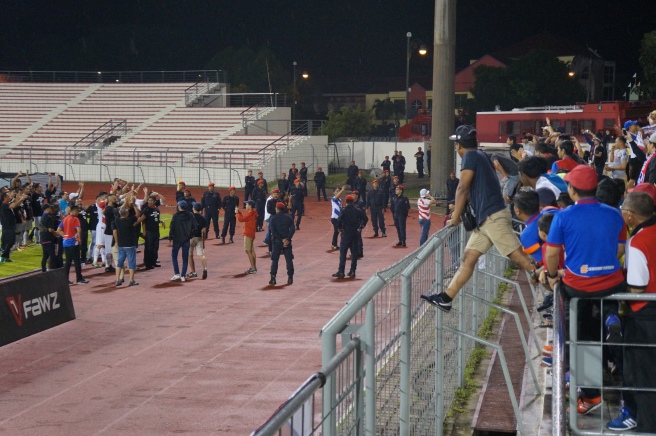 It was Singapore that first lifted the trophy gifted by Captain Buller in the competition’s inaugural year in 1921. A team representing the now sovereign city state also won the cup the final time it competed in 1994. After that year, the Football Association of Singapore (FAS) decided to suspend their involvement in the competition amid rising tensions with the Football Association of Malaysia (FAM), focusing their efforts and resources instead on the S-League in their quest to promote Singapore as a Football nation. But in those 73 years of competition, Singapore won the highest profile trophy in Malaysian Football an astonishing 24 times (playing 43 times in the final) – including four times in the first five years of the competition’s existence.

Of course, the two modern nation states share much history – including formal union between 1963 when Singapore was accepted into the Federation of Malaya (along with Sarawak, Brunei and Sabah in northern Borneo) until 1965. Not even formal independence from Malaysia (when political relations between the two were very tense) was viewed as sufficient reason for the FAS to stop sending a team to compete in the Malaysia Cup. 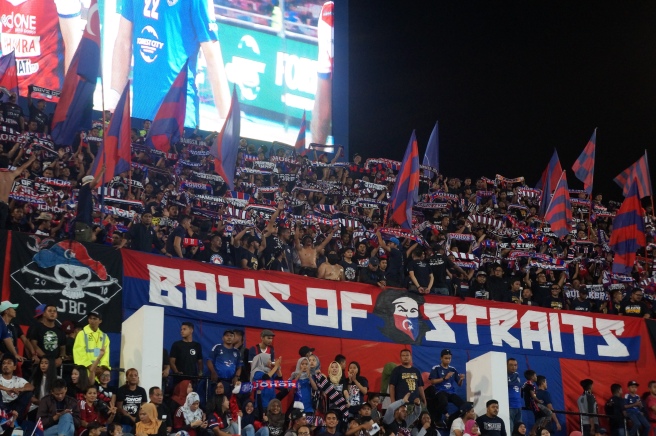 In truth, the Malaysia Cup matters enormously to Football fans both sides of “the Causeway”. For Malaysians, it represents prestige seldom seen elsewhere in Asia. For Singaporeans, it remains the apex of their rivalry with Malaysia – the country that kicked them out in 1965. In a country as small as Singapore, there exists little reason for Football enthusiasts to invest themselves emotionally in a team that competes in a small league against teams that play just a few blocks away. Here, Football is intrinsically linked with the Singaporean identity; watching a game against other Singaporeans has no emotional pay-off. However, direct competition against Malaysians, be it the national side or on a club level, is something that Singaporeans will tune into.

Proof of this conclusion is in the performance of the LionsXII in the Malaysian Super League between 2012 and 2015. The FAS decided to commit a team of Singaporeans to compete in the top tier of league Football in Malaysia for four seasons. The move proved successful, with victory for the LionsXII in 2013, and hugely popular with Singaporeans, who were happy to be able to see their compatriots beating those good-for-nothing Malaysians once again.

A lot of information used in this post has come from author John Duerden’s work “Lions And Tigers; The story of football in Singapore and Malaysia”.