Ultra lifestyle Social Media pages such as “Ultras World” share images and stories from fanatics around the world, the best tifos and pyro shows spreading globally. But when these Social Media pages share images or stories from games in England, they tend to result in lists of comments criticising the modern English stadium atmospheres. “RIP England” and the like. Followers from Casablanca to Java are simply not seeing choreos, pyrotechnic use, custom flags and in-stadium clashes, what they believe characterise good atmosphere, in England. The simple conclusion is that England doesn’t have fanatics and atmosphere any more. FBTG openly acknowledges that English stadia lack the level of atmosphere they used to have, but to simply claim that they do not see exciting atmospheres at all nowadays is bollocks. 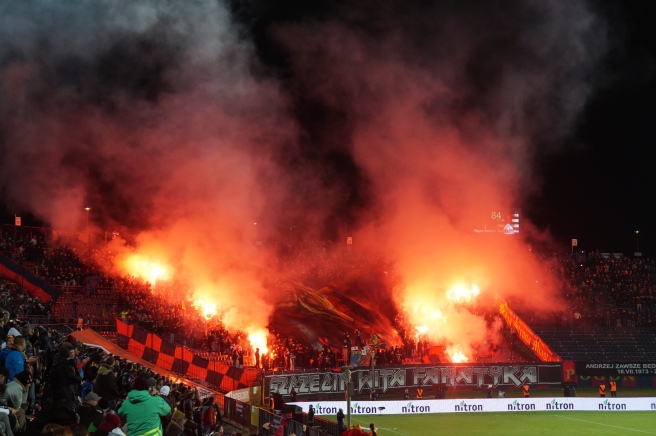 It’s not that English grounds lack atmosphere. They simply have their own style of support, their own Football culture. English support is less hierarchical and structured than the Continental Ultra Model, and as a consequence large scale choreographies are unachievable, but the chanting is far more spontaneous and humorous. However, unlike the Italian focus on visual aspects of support (pyro and flags) and the Slavic focus on discipline among fans (uniform behaviour i.e. “The Poznan”), English Football culture does not lend itself well to Social Media. It’s difficult to capture the impact of 10,000 Yorkshiremen informing Scousers that their sisters gave them Chlamydia over Instagram, but a beautiful and artistic choreography in Rome or Turin doesn’t lose any of its appeal on your Smartphone screen.

(take it from us; it can be frustrating to see one of our simple image-based posts generate more likes and traffic than a deep thousand word cultural analysis that takes hours to write! But that is the nature of Social Media).

Because of this, the Ultra Model has spread across the world more than the English fan culture has. This is one of the key effects of Social Media on Football culture, and one that we believe few people have acknowledged before us. The thing is, the Ultra Model works well for the major supporter groups that have been doing it for years. CSKA Sofia, St Etienne, Dynamo Dresden, Legia Warszawa. They have enough people knowing what to do to make it work well. But smaller teams and newer fanatic groups are unanimously copying the Ultra Model and trying to internalise its behaviour and customs, without it being anywhere near as impressive. Trust us, it becomes repetitive watching the same customs and behaviour everywhere you go.

The Story of Globalisation is the Story of Homogenisation. The same is true in Football.

We around the world are increasingly eating the same food, dancing to the same music, speaking the same language, wearing the same clothes, buying the same gadgets, drinking the same beer, playing the same sports, watching the same shows. While this does have some benefits, the death of distinct and different cultures is a tragedy and something to fight against. The same is also true on the terrace. Fan groups and nationalities with their own Football culture and traditions should undergo all necessary measures to protect them and fight increasing homogenisation across the Football World. 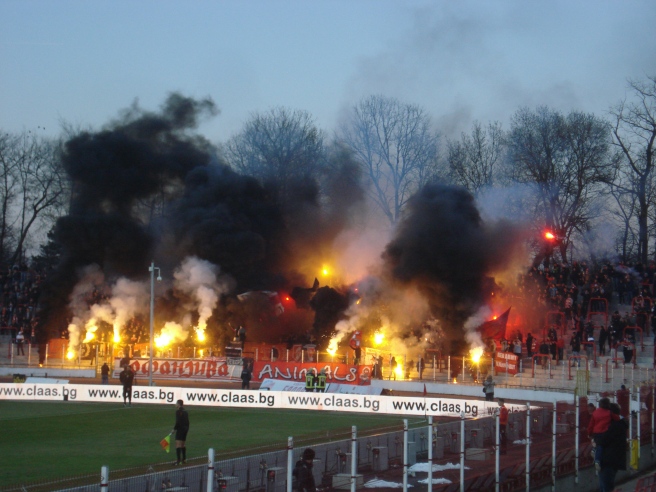 There is one takeaway from this thought-experiment-post, and it is exclusively for the English. England is one of the few remaining countries where fans own a unique, distinguished and established Football culture. As fans worldwide continue to use Social Media to take inspiration from each other, they will slowly all become indistinct. A game in Ukraine will feel like a game in China, which will feel like a game in the USA. It may be tempting for young English fans in the face of criticism coming from fans in other countries across Social Media to try and mold English fan culture around the Ultra Model. But doing that would jeapordise the one highest value of being a Football fan; tradition.

We implore you to protect English Football culture as much as possible. Stand and sing for every second of every game and revel in the fact that nowhere else in the world enjoys as much terrace humour as where you live. In doing so, you will help fight the inevitable death of cultures at the hands of globalisation with Social Media as the catalyst. Stick with tradition. Don’t sell out for the sake of a few likes on IG.

p.s. we were careful to use the term “English” and not “British” in this post, as we see many Scottish fan groups slowly taking influence from both cultural models discussed above. We wanted to avoid confusion and focus on England instead of Britain as a whole.

p.p.s many English fans reading this will simply use it as further evidence to feed the narrative “we are different from Europe”. We at FBTG would like to be explicitly clear that we do not agree with this sentiment.