Guangzhou Evergrande at home to Chongqing Lifan was next on our CSL itinerary. Evergrande, the current dominant force in Chinese Football, were massive favourites at the Tianhe Stadium in the modern city centre (and won 2-0). Tickets purchased and in we went to explore and take photographs prior to the ground filling. We were next to the Ultra block, so we took the liberty of going beneath it to photograph the banners and sector flags with little opposition to do so. One banner caught our eye quickly; “WE ARE CANTON”. 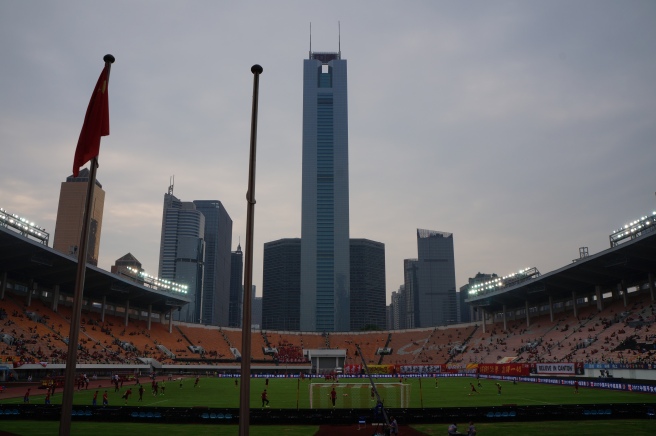 Time and time again on FBTG we talk about Football fandom being as much about identity as entertainment. You choose to get behind your local team in favour of going to watch Man Utd etc because you want to fly the flag for your hometown and region. Our visit to Rostock explains this phenomenon very well. If you identify more strongly with your region or city than your country, wearing club shirts and packing out the stadium is a simple way to express this. We observe this in Catalonia, in Corsica, in the Basque Country, in Friesland, in Yorkshire, and seemingly now also in Canton. 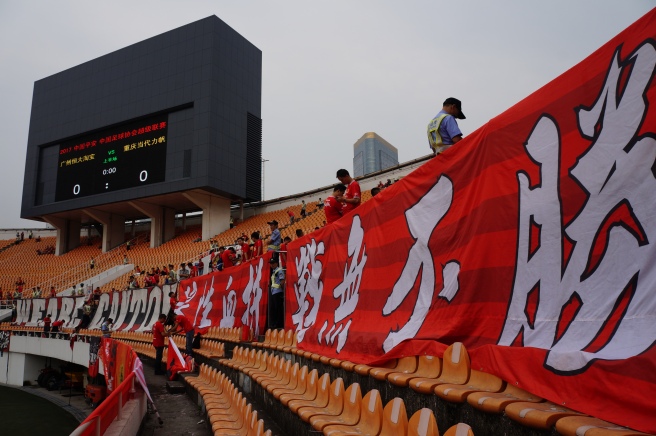 This sort of identity-questioning is uncommon among the Chinese. Why? You could argue thanks to China’s position as the world’s first modern-state with thousands of years of history recorded in uniform language. It is easy and natural for the Chinese to read back in their history books and identity themselves as part of a single China, unlike in Europe, where borders have been changing constantly up to the 20th century. Such entities as Germany and Italy have existed for less time than Hesse or Tuscany, not the case in China. But this ignores the ethnic and linguistic diversity within the country. FBTG therefore argues that the Chinese peoples’ readiness to see themselves first and foremost as Chinese is result of political influence. It always suits one-party states and totalitarian regimes to unify subjects under the nationalist banner. The state’s activities of press-control and internet restricting (known as “The Great Firewall”, whispered by more skeptical locals) and inevitable ubiquitous propaganda prevent citizens learning of alternative Western ways of thinking and behaviour, which could inspire people to question first themselves and then the government. 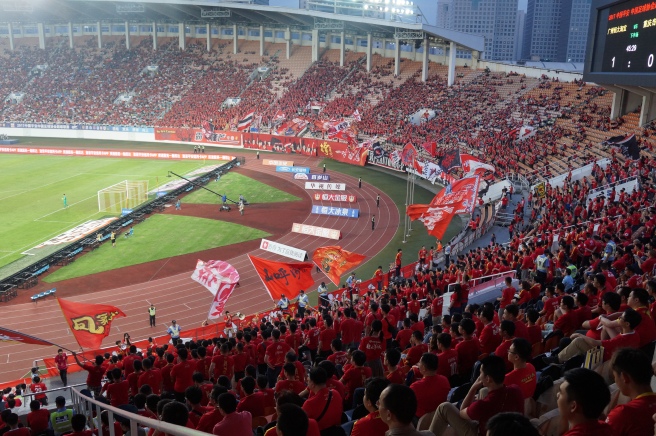 This is not a criticism of China. It is an objective observation.

It is however both refreshing and surprising to see a group of Chinese Football fans openly screaming “We Are Canton”. Directly in the face of the rest of their compatriots, they are expressing their identity as something other. Is Guangzhou Evergrande the de facto team for people wishing to identify themselves as Cantonese? We are unsure. But the history of Guangzhou and of Canton would help explain why Cantonese Football fans would be national leaders in exploring alternative identities via the glorious medium of Football fandom. 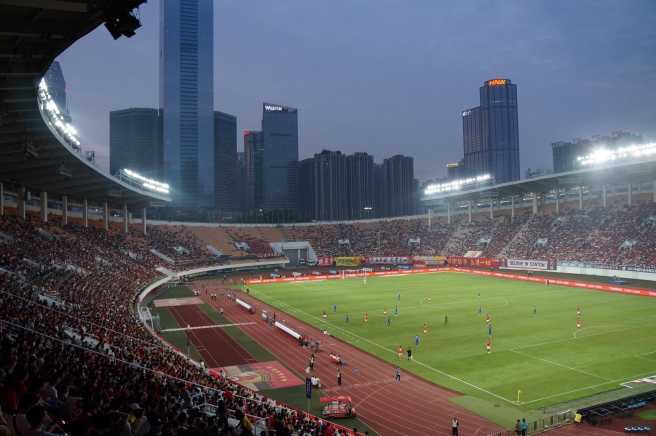 It begins with Guangzhou’s and Canton’s location as a port on the South Chinese Sea. The people of this province were closest to the Indian Ocean and its seasonal winds, which were critical to maritime trade between East Africa, Southern Africa, South Asia, Indochina, the Arabian Peninsula and Persia. In spite of what people like Farage want you to believe, the majority of interactions between tribes and civilisations in the past have been peaceful and mutually beneficial. Indian Ocean Maritime trade between the 8th and 16th centuries was a great example. The distribution of valuable resources around the Indian Ocean rim and the predictable currents and winds incentivised trade among the region’s players, with diverse merchants generating wealth by trading with equally diverse people. Canton, as part of this network, had a natural advantage over Beijing and Shanghai.

But close cross-regional trade doesn’t just result in the spread of goods. It also spreads people and their ideas. Indian Ocean trade was the vehicle for the spread of Islam from the Arabian Peninsula to Indonesia, for example. The Cantonese, thanks to their location, were the people of China most connected to the technology and science of the rest of the world, both thanks to foreigners arriving and Cantonese citizens sailing to pastures new. They are the most outward looking and open of all the Chinese simply because they were more familiar with foreigners thanks to Indian Ocean trade links. This is easily seen in how products produced by the Cantonese changed in the 18th and 19th centuries, with increasing contact with the industrialising Europeans leading to changes in Chinese furniture, architecture, weaponry, art, clock making and general manufacture. The Cantonese know to look abroad for inspiration and to adapt and innovate their own practices with superior foreign technology. 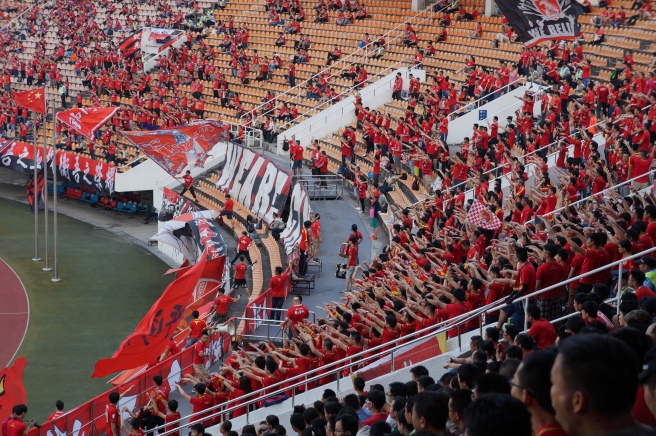 Why is this relevant in the medium of Football? One simple fact;

70% of all Chinese people living in foreign territory are Cantonese.

The Cantonese are the Chinese people who throughout history have enjoyed the highest degree of contact with foreign people, their ideas, their knowledge and their technology. The Cantonese have most readily welcomed foreigners to their shores (excluding the Opium Wars), recognising opportunity for trade and wealth-building, and large Cantonese diasporas act as effective networks via which friends and relatives back home can quickly learn of best-practice in whatever field from the Americas, Europe, Africa and the rest of Asia. The same is true in Football. 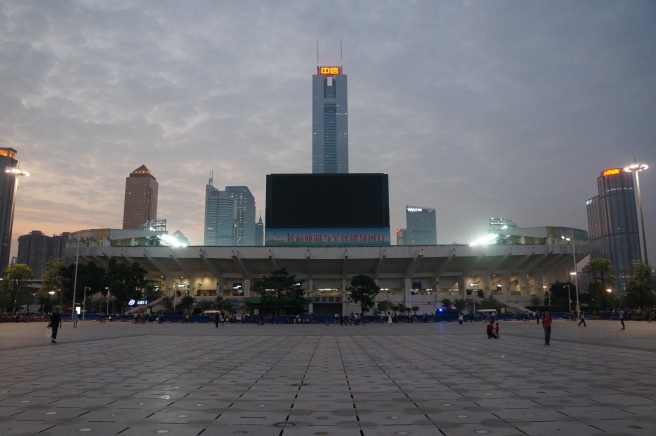 It may be oversimplified to say that Guangzhou Evergrande is China’s most successful club simply because of this, but you cannot argue that the Cantonese are more likely to develop a taste for a foreign sport than their compatriots from other Chinese provinces. A Guangzhou man returning home after 10 years of living in Europe will more likely want to go watch a game in his hometown, the same way he did in his host city. But what’s more, the Cantonese are more likely to be receptive to foreign Football fanatic traditions and identity-expression and replicate this behaviour back in their own stadium. The same way the Cantonese have done throughout history. Whether this means pyro, violence or “The Poznan” is not important.

We therefore predict that the residents of Guangzhou and Canton will lead the development of Football fanaticism and Ultra culture in the nascent Chinese Super League, adopting foreign practices first, assuming that Guangzhou Evergrande is the “Team Of Canton” and the Cantonese continue to follow the team as an expression of their Cantonese heritage and culture. Not Shanghai. Not Beijing. Guangzhou will continue to lead Chinese Football.