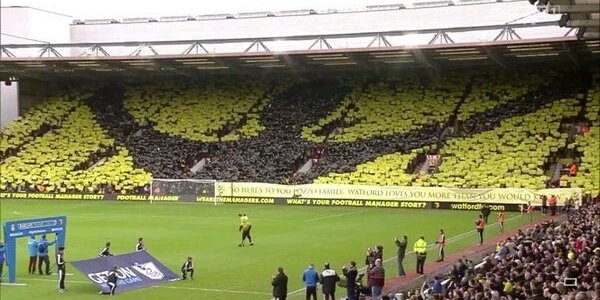 British football fans have long since marvelled at the atmosphere created by fans in other countries, with flares and flags, synchronised bouncing or arm gestures from thousands of people in unison, scarves raised as each member of the spectacle screams the club anthem in delirium. But the same British fans who like 100 pictures of the ‘Yellow Wall’ in all its glory on Facebook are always very dismissive and cynical of any attempt from their own fans to recreate such epic gestures of support; “that’s not how we do it”. Because of this cynicism, progression is not made, and the support remains the same.

Well I got news for you. END_OF_DOCUMENT_TOKEN_TO_BE_REPLACED