On Sunday the 31st of March 2019, the Eastern Suburbs AFC became only the 4th team to win the ISPS Handa Premiership in its 15 year history. The outfit from Southeast Auckland finished second in the Premiers of New Zealand’s leading national Football league before defeating the powerful Team Wellington 3-0 in the playoff final.

What’s more, the club’s highest ever position in New Zealand’s top tier of club Football means that the Eastern Suburbs will now compete in international competition for the first time when next season’s OFC Champions’ League gets underway. If the recent performance of Auckland’s Football clubs in international competition is anything to go by, the Lilywhites may just well make it to the FIFA Club World Cup, where they will be exposed to a truly global audience for possibly the very first time. What makes this achievement all the more extraordinary is the fact that the 2016-2017 season was the first time that the club has competed in the ISPS Handa Premiership, meaning that it has taken only 3 seasons for the Eastern Suburbs AFC to win the league.

But, given the club’s apparent sudden rise to the top, one must ask the question; who are the Eastern Suburbs AFC? 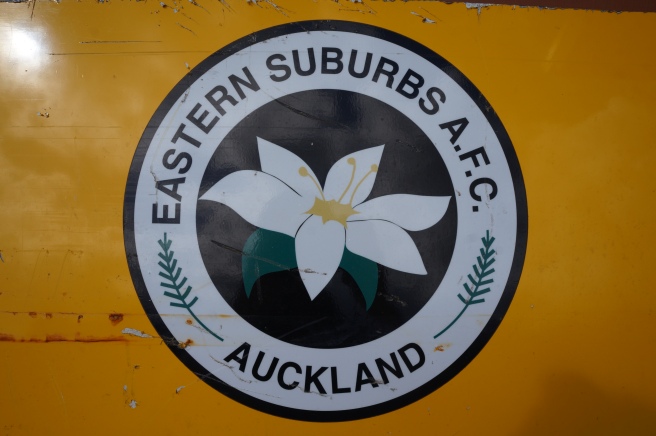 The passage written above infers that the club is a young one with little history or prestige. This is entirely untrue. Now at 85 years of age, Eastern Suburbs AFC is a longstanding name in Kiwi club Football, having competed predominantly in the Northern League that is contested throughout the Winter months (which correspond to Europe’s Summer months). In this category, the Lilywhites have well and truly proven themselves, winning the Northern Premier League in 1965, 1966 and most recently in 2015.

Along with regional league titles, Eastern Suburbs AFC has tasted victory in the Chatham Cup; the country’s most coveted trophy that was a gift to the New Zealand Football Association by the crew of the HMS Chatham in 1922, modeled in the shape of the Football Association’s Challenge Cup. The country’s grandest Football prize was lifted by the Lilywhites in 1951, 1953, 1968 and 1969, and also in the years 1965 and 2015, when this semi-professional side did the domestic double. Eastern Suburbs’ tally of 6 Chatham Cup titles makes it the joint second most successful club in the competition, behind only the University Mount Wellington FC, also located in Auckland.

Climbing up the shinning roads, my companion Flo and I heard a whistle blow to our right. Realising how close we were, we found the end of the street and turned back on ourselves. A pathway pointed in the direction of a rain-soaked park, where we eventually stumbled upon what we were looking for. The yellow and white jerseys of the Eastern Suburbs AFC had the ball and were pressing hard. After a wayward shot narrowly missed Flo’s face, and we decided that a low-hanging wall outside the clubhouse would be a more appropriate location from which to watch the match and drink some beer. My BVB-mad groundhopping acquaintance pulled a few cold ones of his rucksack just as the heavens opened once again, prompting everyone to follow us into the clubhouse. The Lilywhites eventually won a hard-fought game 3-1, as we celebrated by slapping a few of our own fan stickers around the facility.

This is Madills Farm, the home of Eastern Suburbs that as charming as it may be is legally unsuitable to host ISPS Handa Premiership and OFC Champions’ League fixtures. Both competitions mandate the use of a stadium that can seat a minimum of 1,000 people in a sheltered tribune, a fact that has been the cause of headaches for many competing sides.

One model adopted by Kiwi clubs such as Auckland City FC is to invest in a tribune in their existing ground that can accommodate such a large amount of people. Kiwitea Street as it is known has evolved enormously over the years, with a large degree of work undertaken by volunteers of the Kiwi-Croat community that the organisation has such close ties to. This model however is unpopular and risky; New Zealand’s great tradition of amateur Football surely appeals to the nostalgists among us, but it does mean that most clubs have very little in the way of liquid assets to build such facilities from scratch. Furthermore in the case of Eastern Suburbs AFC, the construction of a new tribune in Madills Farm is not an option, as it is owned by the local council. The solution has been to play ISPS Handa Premiership fixtures in the nearby Bill Mckinlay Park, where seated sections are already available.

While making for a convenient solution in the short-term, this move has had its drawbacks. The rent of the Bill Mcklinay Park is higher than that of Madills Farm, and the move to another stadium in accordance with the ISPS Handa Premiership rule book has of course been met with resentment from some fans. However, as the club shall now embark on its first Champions’ League adventure as well as preparing to defend its domestic title, the Bill Mckinlay Park will be an increasingly frequent destination for Lilywhites fans, who will begin to associate the stadium with the success that the club is seeing on the pitch. 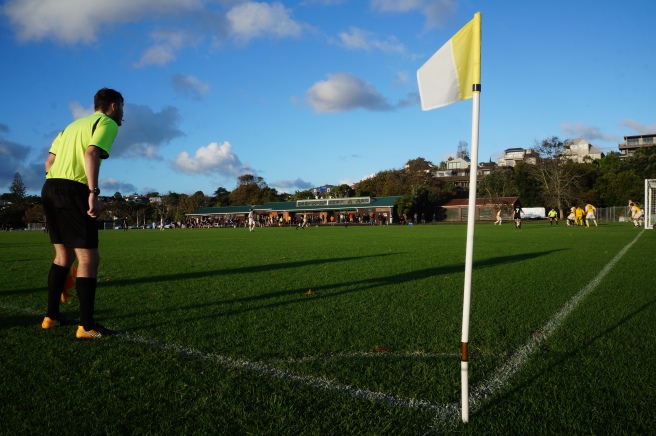 What will strike you is the transition that has been made by the club from regional competition in the Northern League (one of three regional leagues played in New Zealand’s winter months) into a competition format that spans the entire country. The club has however not entirely left the regional leagues. Eastern Suburbs AFC is still registered with the Auckland Football Federation, who manage the region’s competitions and schedule fixtures. The vast majority of the Lilywhites’ 2,000 members compete in these leagues that run through New Zealand’s Winter months just as they have done for over 8 decades now, while the club’s strongest selection compete in the ISPS Handa Premiership that runs from around October to March. The team that Flo and I watched play on that rainy day down at “The Farm” were the reserve side.

The emergence of Eastern Suburbs AFC as a national front-runner in Kiwi Football is certainly demonstrative of Auckland’s existence as the centre of Football in the country. Of the 4 ISPS Handa Premiership champions, 3 hail from the greater Auckland area; a vast metropolis that is home to around 20% of the country’s population. The other two are the aforementioned Auckland City and Waitakere United. The City of Sails is notably cosmopolitan, and the many ethnic Europeans and Asians in the city help encourage Football as a hobby in a country that is otherwise dominated by Rugby.

When viewed in a certain perspective, the rise of an historic club from Auckland’s outskirts in domestic Football competition should be little surprise, and more a cause of concern for the Football clubs that represent New Zealand’s other cities in the ISPS Handa Premiership. The Eastern Suburbs AFC is slowly taking its place as a dominant force in domestic Football.

One thought on “Who Are Eastern Suburbs AFC?”